At the annual College of Sciences Awards Dinner on Thursday, September 26, the college recognized three alumni and two students for their outstanding achievements and contributions to the college. Read on to learn about the honorees.

This award honors alumni whose exceptional achievements in business, education, research or public service have brought honor and distinction to the college. Recipients of the award are also recognized at a universitywide awards dinner, The Evening of Stars, that is held each fall.

This year’s winner, Nancy Ridenhour, has been an extraordinary supporter and leader for the College of Sciences. She received her bachelor’s degree in statistics from NC State in 1976. Her statistics education helped her develop an analytical perspective for her career, and she spent the next 17 years in the textile, financial and computer consulting industries before going into business for herself as an independent business technology analyst, providing expert advice and computer solutions to the likes of Bank of America and Duke Energy.

Ridenhour is now retired from her industry career, but not from her service to NC State. She has served on the board of the NC State Alumni Association and served three terms on the board of the NC State College of Physical and Mathematical Sciences Foundation. She was also a longtime member of the college’s Alumni Advisory Board, including a period as board chair, and has served on the Park Scholars Selection Committee. To honor her unwavering service, she was awarded the college’s Zenith Medal for Service in 2008.

Ridenhour has also been a generous financial supporter of the college and a longstanding member of the college’s Dean’s Circle. In 2018, she made a substantial planned gift to the College of Sciences and the Park Scholarships and Caldwell Fellows programs. The gift will include funding for professorships, scholarships and experiential learning opportunities like study abroad. She also teamed up with other alumni in 2003 to provide funds to refurbish a lobby in Cox Hall.

This year, Maggie LaPlante was honored for her many contributions to the college, including significant time, leadership, energy and financial support. She was a Park Scholar who received a bachelor’s degree in applied mathematics from NC State in 2001 and went on to receive a master’s degree in mathematics from Tufts University in 2008. She was a mathematics teacher for several years and is now self-employed as a private math tutor.

LaPlante’s record of service and leadership at NC State started when she was an undergraduate, and as an alumna, she has been one of the college’s most energetic and valuable supporters. She was a member of the Alumni Advisory Board for 10 years, including four years as board chair. She has been a mainstay at student recruitment and alumni activities and brings a spark and energy that enlivens those important events. She has also been a longtime donor to the college and the university.

Outside of the college, LaPlante has served as an application reviewer and interviewer for the Park Scholars program for nearly 20 years.

This award recognizes accomplished early-career graduates who have excelled in their chosen professions or through public service. This year’s honoree is Jamal Moss, a medical student at Meharry Medical College in Nashville, Tennessee.

Moss earned a bachelor’s degree in biological sciences from NC State in 2015, becoming the first person in his family to graduate from college. He went on to earn a master’s degree in bioethics and science policy from Duke University and expects to earn his M.D. from Meharry in 2023.

Since graduating from NC State, Moss has immersed himself in the worlds of health and health policy, working toward his goal of attending medical school. He has worked as a clinical research coordinator in the North Carolina Heart and Vascular Research practice of UNC Rex Hospital and as a health equity and policy specialist with the Durham-based nonprofit Talk Health with Frankie. He also chaired the Health and Environment subcommittee of the City of Durham’s Racial Equity Task Force.

Moss keeps in close touch with NC State. He serves on the college’s Alumni Advisory Board, avidly promotes the college on social media, moderated a panel at our annual student recruitment event, spoke to NC State’s Society of Multicultural Scientists and worked in the Office of Academic Affairs. He also served as the keynote speaker at the Department of Biological Sciences December 2018 commencement ceremony.

The Student Excellence Award honors a senior who is considered a student leader and actively pursues leadership roles within the college and across NC State through community service, philanthropy, campus involvement, research or in the classroom. This year’s award was presented to two students: 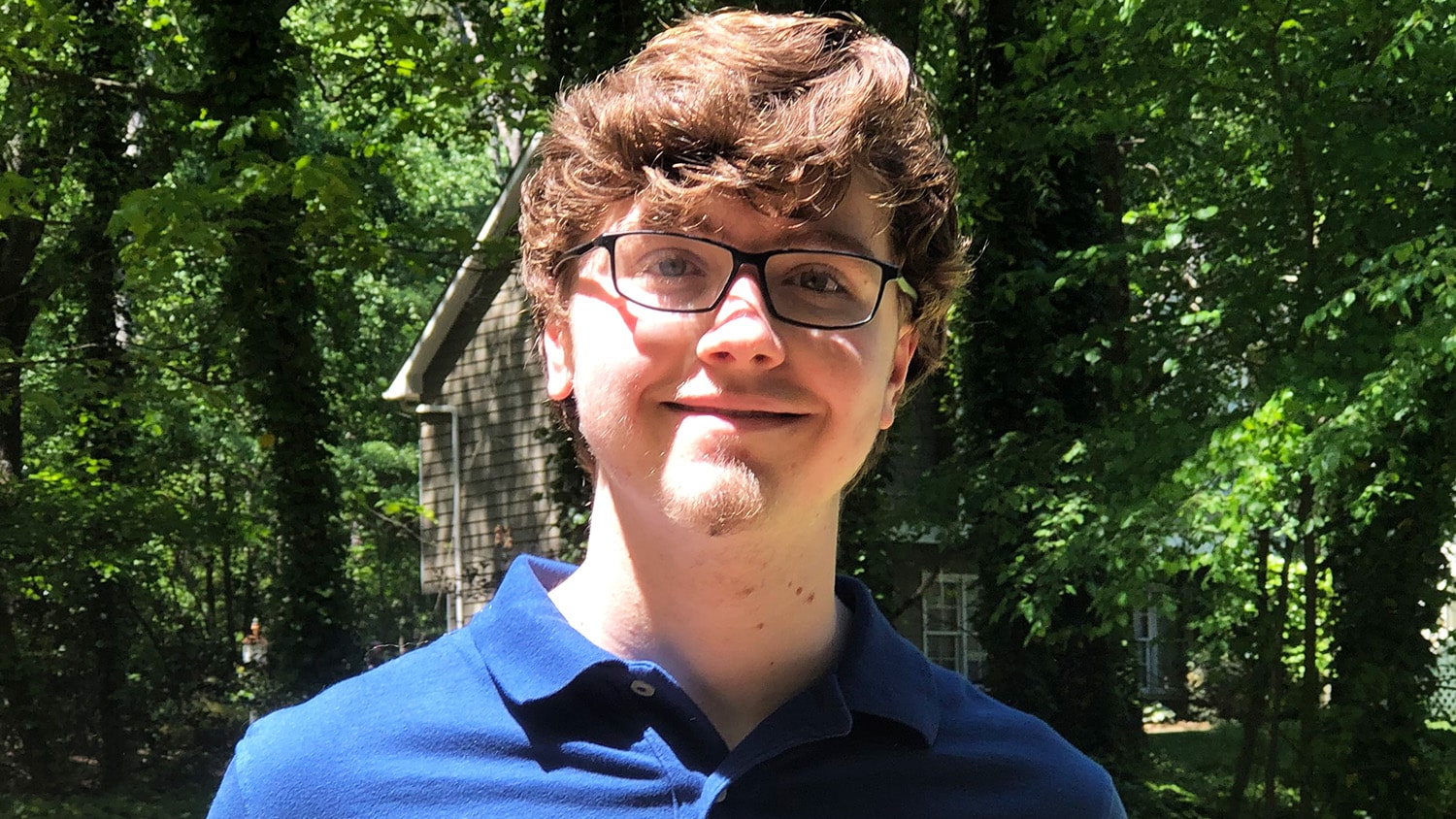 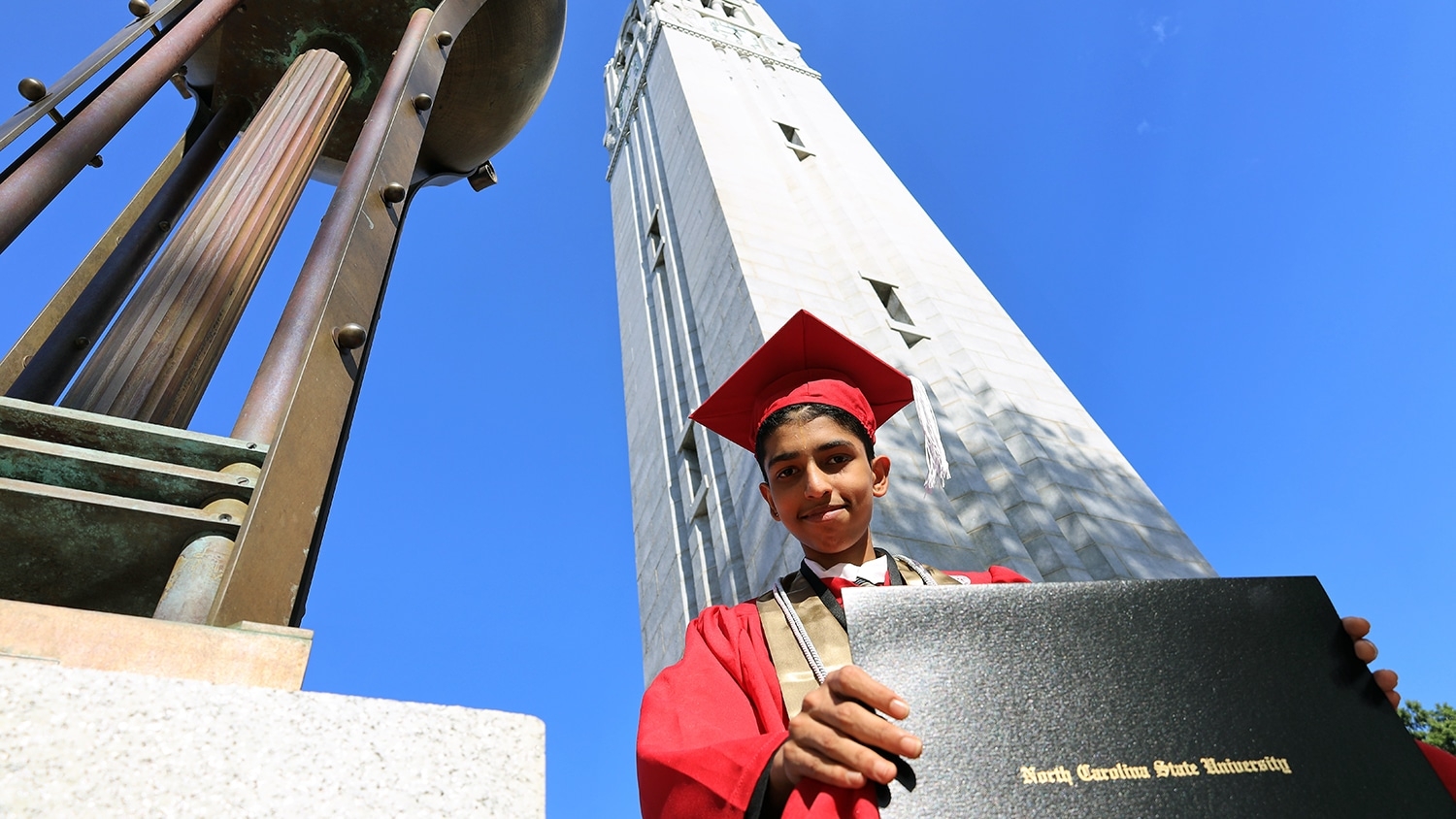