Researchers at NC State have been awarded a $17 million grant from the National Institutes of Health (NIH) to explore a potential link between environmental contaminants and liver cancer.

Led by Cathrine Hoyo, Distinguished Professor in the Department of Biological Sciences, the grant will fund the Southeastern Liver Health Study, a multi-institutional effort that will follow 16,000 people in North Carolina and Georgia for up to five years. The project aims to determine whether exposure to environmental contaminants such as cadmium, either alone or with other toxic metals and per- and poly-fluoroalkyl substances (PFAS), increases the risk of progression from early-stage liver disease to hepatocellular carcinoma (HCC), the most common type of liver cancer.

Hoyo and her team conceived the study after observing unusually high rates of HCC, which has a shorter survival time than many other cancers. The risk of liver cancers appears to be higher among ethnic minorities and in rural areas of the Southern United States.

“HCC is one of those cancers that tend to get put on the back burner because the numbers of minorities in a single geographic area are just not enough to provide meaningful data, so studies cannot collect enough useful information specific to ethnic minorities,” Hoyo said. “So addressing such a problem requires large studies like this.”

The NIH selected the project for funding as part of a larger effort to establish new cancer cohorts that could inform health research now and in the future. In addition to being the first large-scale project to examine the link between environmental contaminants, liver disease and cancer in a residentially and ethnically diverse population, this research will also result in a data and specimen repository that will provide NC State and the broader research community with a valuable resource to study HCC and other cancers.

“This work will contribute much-needed data and specimens for research on cancer and the environment,” Hoyo said. “It will also establish a huge data resource for NC State researchers to use to answer other serious questions.”

“This grant further establishes NC State as the national research leader on how environmental contaminants affect our health,” said Christine McGahan, dean of the College of Sciences. “This work will be instrumental in illuminating some of the causes of a disease that touches far too many people.”

Hoyo’s project is just one example of NC State’s far-reaching efforts in the field of environmental contaminant research. Her work is part of the university’s Center for Human Health and the Environment, which conducts a range of research and outreach projects around the impacts of environmental factors on human health. And last year, a $7.4 million grant from the National Institute for Environmental Health Sciences established the Center for Environmental and Human Health Effects of Per- and Polyfluoroalkyl Substances at NC State to study PFAS and their effects.

Hoyo said that these research programs and the faculty they attract, along with the state-of-the-art equipment available in the university’s Molecular Education, Technology and Research Innovation Center, helped make the grant possible.

“NC State is doing important and innovative work in the field of environmental contaminant research, and we are excited to expand these efforts,” she said. 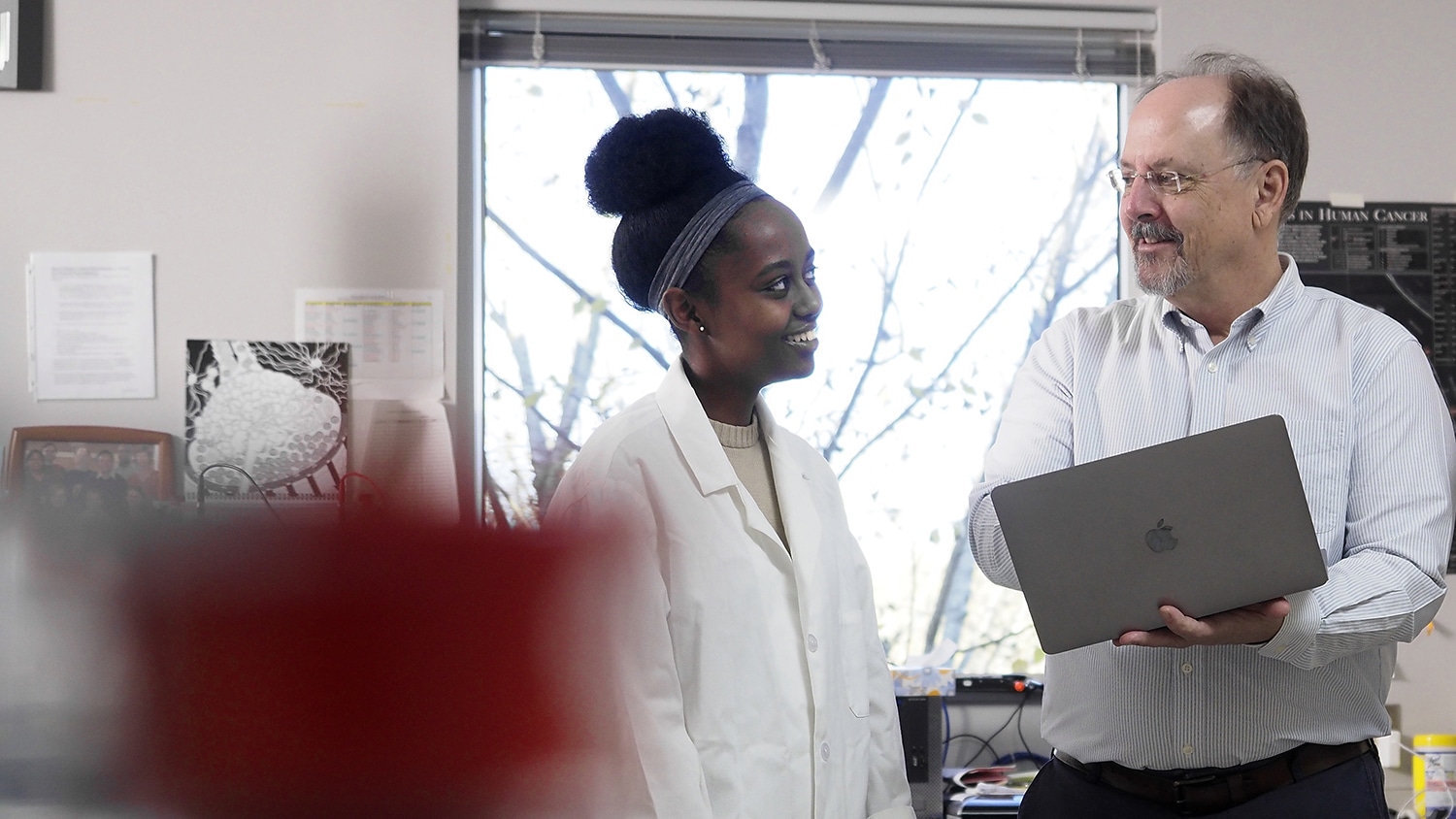 Connecting Your World With Your Health

For researchers in the Center for Human Health and the Environment, science is a community effort.

Learn what they do