Early this year, North Carolina Science Olympiad (NCSO) Executive Director Kim Gervase and her team were looking forward to welcoming teams from around the country to NC State’s campus for the Science Olympiad National Tournament. They had spent years planning exciting events and experiences for the K-12 competitors and even secured a nearly $1 million donation from global technology company Lenovo of 2,100 virtual reality headsets to be used by — and then gifted to — national tournament competitors.

But like many others, the tournament planners were forced to pivot when the event was canceled because of the COVID-19 pandemic — and thousands of students across the state are benefiting from their creative new plan.

The NCSO planned to distribute the headsets at the tournament’s opening ceremony in May, during which thousands of attendees in Reynolds Coliseum would enjoy an immersive virtual reality experience developed by Mike Cuales, director of new media development for NC State Distance Education and Learning Technology Applications, and the American Society of Civil Engineers.

But after the tournament’s cancelation, Gervase’s team was left with a storage building full of headsets. So Gervase, Cuales and Lenovo’s Rich Henderson decided to work on getting the valuable resources out to each of North Carolina’s 100 counties.

“Lenovo was excited to get involved with this project because it is so important to us to have opportunities to give back to our community,” said Henderson, Lenovo’s director of global education solutions. “One of the best things we can do is equip our future leaders with the technology tools they need for growth.”

As of December, NCSO staff and volunteers and NC State Extension agents had delivered headsets to 99 counties. Each county received approximately 20 headsets to be used in a variety of settings for virtual reality field trips and other educational experiences that would benefit from an immersive element.

“Some went to schools, some went to enrichment programs like 4-H or The Science House, and some even went to the UNC Children’s Hospital,” Gervase said. “We wanted to put them in the hands of passionate educators who would find a way to use them.”

One of these passionate educators is Quinci King, co-founder and executive director of Audacity Labs, a program that introduces youth in the greater Triangle area to entrepreneurship and technology skills like coding.

An important facet of the Audacity Labs experience is exposing students to work and higher education environments through site tours of local universities and businesses. After the COVID-19 pandemic made in-person tours impossible, pivoting to virtual reality seemed like the best alternative.

“We had already started filming our own virtual tours, with plans to give students Google Cardboards to use with their phones,” King said. But when Audacity Labs received 18 headsets from the NCSO, he was able to distribute them to students in his program.

“The headsets have allowed us to take the students’ experience a step further,” he said. “Our goal is to eventually provide access to these types of tours not only for our students but for those all across the state.”

Students, who take the tours at the same time on their individual headsets and then participate in group Q&As with representatives from the school or business, have praised the experience.

The headsets have allowed us to take the students’ experience a step further.

“The tours are amazing,” said Audacity Labs student Andrew Brekheit. “I love how I don’t have to leave my house to learn about colleges and get a sense of how it would be if I was there.”

The largest donation went to educators in Robeson County, in partnership with the Emerging Technology Institute in Red Springs, N.C. Students and educators in the county who participated in a training event in August were excited about the opportunities this technology could bring.

“I can see a hundred ways of using these,” Herman Locklear, director of the Public Schools of Robeson County’s Career Technical Education program, told The Robesonian.

Recipients of the headsets have access to NC State 360, a YouTube channel with 360 virtual reality content developed for students, including the Future World Vision experience originally developed for the national tournament. Some of them are also developing their own content.

King and other educators hope that access to this type of technology can also help close education gaps. 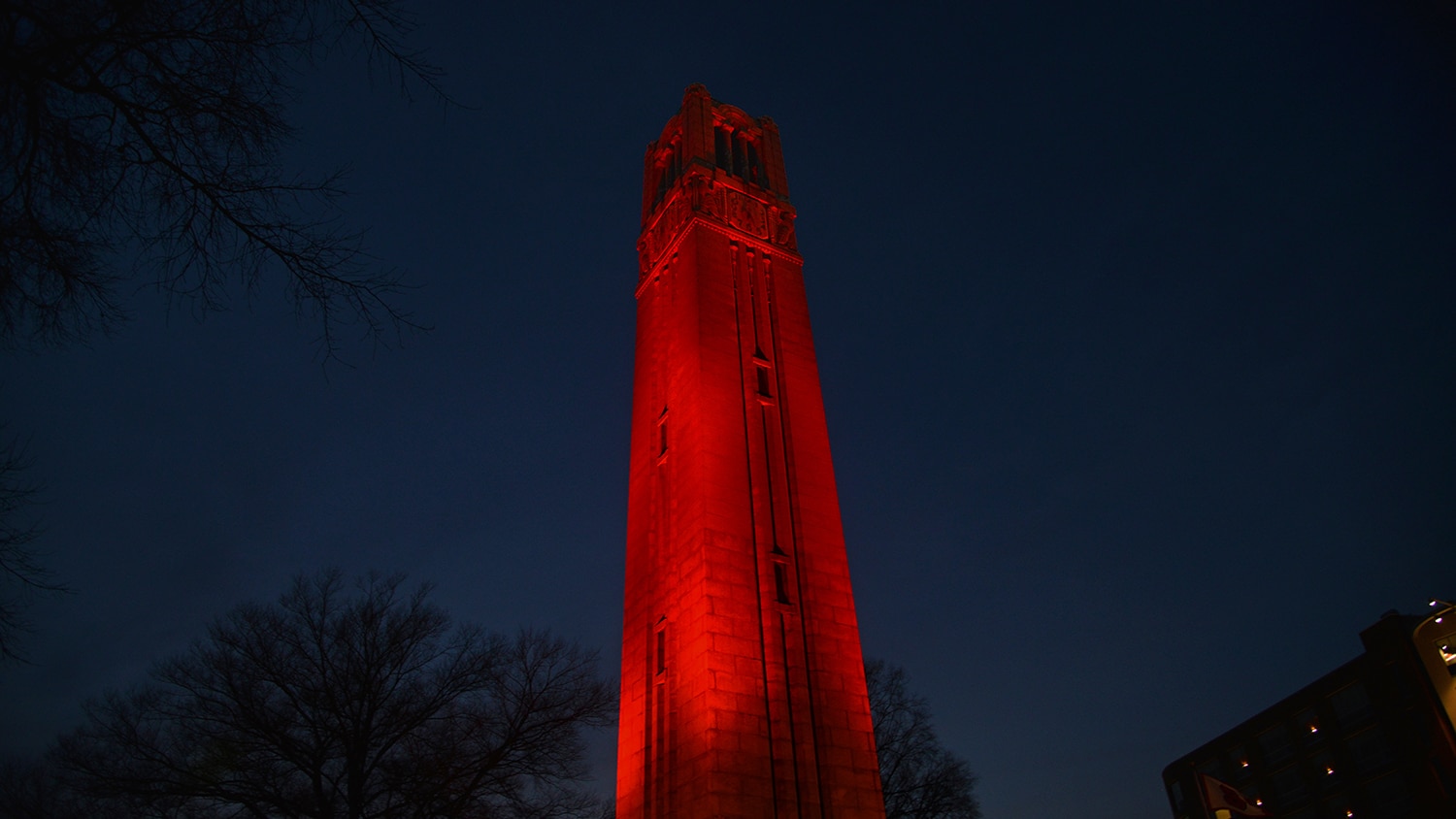