How (And Why) to Emphasize Listening in Effective Climate Communications

Editor’s Note: This is a guest post by Karl Dudman, a scholar from the University of Oxford who is currently a visiting Fulbright scholar based in the North Carolina State Climate Office. Dudman is conducting fieldwork on coastal communities in the Carolinas, their relationship with sea-level rise, and interactions with local climate scientists and policymakers. Here he summarizes a recent publication he lead-authored for a Special Issue on Climate Communication and the IPCC in the journal Climatic Change.

The field of climate change communication has done loads to give climate scientists a more relatable voice when disseminating their findings to the public. But good communication is as much about listening as speaking; learning from the public as much as educating them. Our newly-published research shows that fair and effective climate action will depend on the world’s leading fact-finders growing a pair of ears to go with their newfound voice, and we think communicators have a critical role in helping them do it. Here is a summary of our key points.

Imagine you are the mayor of a city. You have big aspirations for your tenure, and a list of transformational improvements you want to make that will make the city greener and more sustainable. So, on your first day in office, you assemble a team of experts and brilliant minds to support your decision-making by giving you the information you need. Your team has no executive power on its own, but in providing the knowledge that you will use to make your decisions, they have a very significant influence over your perceived range of options and the pros and cons of those options.

If you haven’t guessed, this is a metaphor. You – the mayor – are actually the governments of the world, meeting under the auspices of the UN to discuss how we can address the climate crisis. Your team of experts is the Intergovernmental Panel on Climate Change (IPCC). Like your team of advisors, the IPCC was established to collate and summarise the most up-to-date science on climate change, for the purpose of supporting political decision-making by the world’s leaders. More generally though, the IPCC has become global society’s de facto spokesperson for the state of the changing climate, as evidenced by the huge hype that builds whenever they release a new report (the most recent was published in August).

For an institution with such influence, it clearly matters what kinds of information are represented in the IPCC’s reports. After all, who you invite to your mayor’s panel of experts is going to determine what perspectives you’re able to consider. So far you’ve stacked your team with scientists of various kinds, but we claim (as a lot of social scientists do) that science alone can’t tell a complete story of a problem with human origins, impacts or solutions.

And these examples are just cultural considerations – often the people living in places have their own deep, yet undervalued, expertise of the localised issue in question. Local populations can see things that scientific models don’t know to look for. In these cases, listening to local people actually means making better decisions.

Clearly, there are social and cultural cross-currents that bend and warp the true meaning of scientific knowledge once it leaves the lab and enters a human world, and those factors can only influence decisions if they are given a voice. Relying on just one (scientific) perspective flattens out some very complex and thorny social factors that need to be grappled with if we are to achieve equitable and effective solutions. We have called this the “representation dilemma,” but it is not a new argument at all, and has been at the top of the wish list for social scientists and community activists for decades.

A New Role for Communicators?

While social science and humanities scholars may be hoarse from calling for greater inclusivity in the IPCC, the small but mighty discipline of climate change communication has managed to gain a strong foothold in mainstream climate debates. Prominent individuals such as Susan Hassol and Katherine Hayhoe, and research-based groups like Climate Outreach, have become influential advocates of more socially literate science communication. This is reflected in everything from the visuals used in media reporting to the IPCC’s own choice of language when disseminating findings. The need for effective communication is becoming so widely recognised that the IPCC even chaired a special meeting on its communication strategy to consult specialists from across science communication, journalism and academia. Given that influence, our paper explores how climate communicators might push for an IPCC that’s more representative. With their attention to diverse audiences and the social life of scientific facts, couldn’t these skilled mediators between scientific, political and public worlds be well positioned to take on the representation dilemma? We argue they can, but that most of the work we’ve seen emerge from the field of climate communication so far has not done so.

To illustrate the claim that communicators could do more to beat the representation dilemma, we’ve used the metaphor of a conversation.

As any communicator will tell you, good dialogue entails elements of both speaking and listening. Communicators, as mediators, can either help the IPCC to speak its ready-made message more clearly, or to listen with humility for other forms of relevant knowledge to include in its findings.

So far, climate change communication has focused very heavily on the former, translating technical concepts and ideas into language that will resonate with people more clearly, and ensuring that that scientific consensus packs a punch. This work of giving climate science a more human voice has undoubtedly been essential to extending its public legitimacy, but it hasn’t made the IPCC’s reckoning of ‘policy-relevant’ knowledge any more inclusive of human perspectives.

For this, we propose a second category of communication work we call “listening,” which involves finding ways for public interests and perspectives to have an augmented presence within IPCC knowledge production. (One particularly low-hanging fruit is to make use of the masses of literature in non-represented fields from anthropology to history. Remember, the IPCC doesn’t commission its own research, but just synthesises existing work. There is an enormous reserve of existing scholarship that could be used to help develop a more rounded picture of the social and cultural dimensions of climate change.) For communicators though, often this simply means reimagining ideas they already put into practice.

Here are a few ways in which climate change communication can use existing research, concepts or activities for the purpose of not just talking science at publics, but listening to how they respond. In all cases it can be as simple as a change of emphasis.

But wait a minute, the IPCC never claimed to be anything but a scientific organisation. How can you expect scientists to take responsibility for all this non-scientific information? Well, this is the heart of our argument: In a society where science and truth have been treated as synonymous for decades, the IPCC has developed a twofold identity as not just the global authority on climate science but on climate knowledge in general. This is what lays the unfair burden of omniscience on scientists. The listening agenda is not just about being more inclusive, but about recalibrating public expectations so that scientists are not forced to speak for more than they ever claimed to have expertise in.

Ultimately, this would mean making quite fundamental changes to the structure of the IPCC, and there are all sorts of constraints on its governance that have made this very hard to do. But in focusing on communication, we are targeting an influential sphere of activity that can begin to apply new pressure to climate change politics. And beyond the IPCC, we want this to be a framework for anyone engaging in communication components of their work to be able to ask “Does this activity speak or listen, and what can we do to make it more reciprocal?” (And if there are any mayors reading this, think about who you’re taking advice from!)

Bringing This Research to North Carolina

This paper was based on work done in the U.K., but the subject matter feeds directly into the research I am conducting here in North Carolina. With roughly one fifth of the population in the Carolinas living along the coast, sea-level rise will have an enormous impact here over the coming decades. But the scale of the issue doesn’t mean it’s easy to talk about.

In this diverse and culturally rich region of the country, there are many complex and nuanced ways in which Carolinians connect with coastal flooding, climate science, the idea of a global community of climate action and even the narrative of climate change itself. But there are also values and assumptions baked into the mainstream climate conversation, and a tendency to treat complex, ambivalent or even mistrustful public attitudes towards climate change as a straightforward matter of ignorance, or a deficit of [scientific] understanding. Good communication is therefore not just about “educating” publics but ensuring that those publics are properly understood and listened to by their compatriots and political representatives.

There is a considerable amount of local-level activity in the Carolinas in which coastal communities are actively engaged in two-way dialogue with scientists, planners and decision-makers – something rarely seen at higher levels of politics. My research aims to explore this local level as a site for empathetic and inclusive forms of dialogue that could complement the amazing output of coastal science from research centres like NC State. My hope is that highlighting examples of positive collaboration between the public and science communities will help provide a basis for more democratic and effective climate policy in North Carolina and elsewhere. 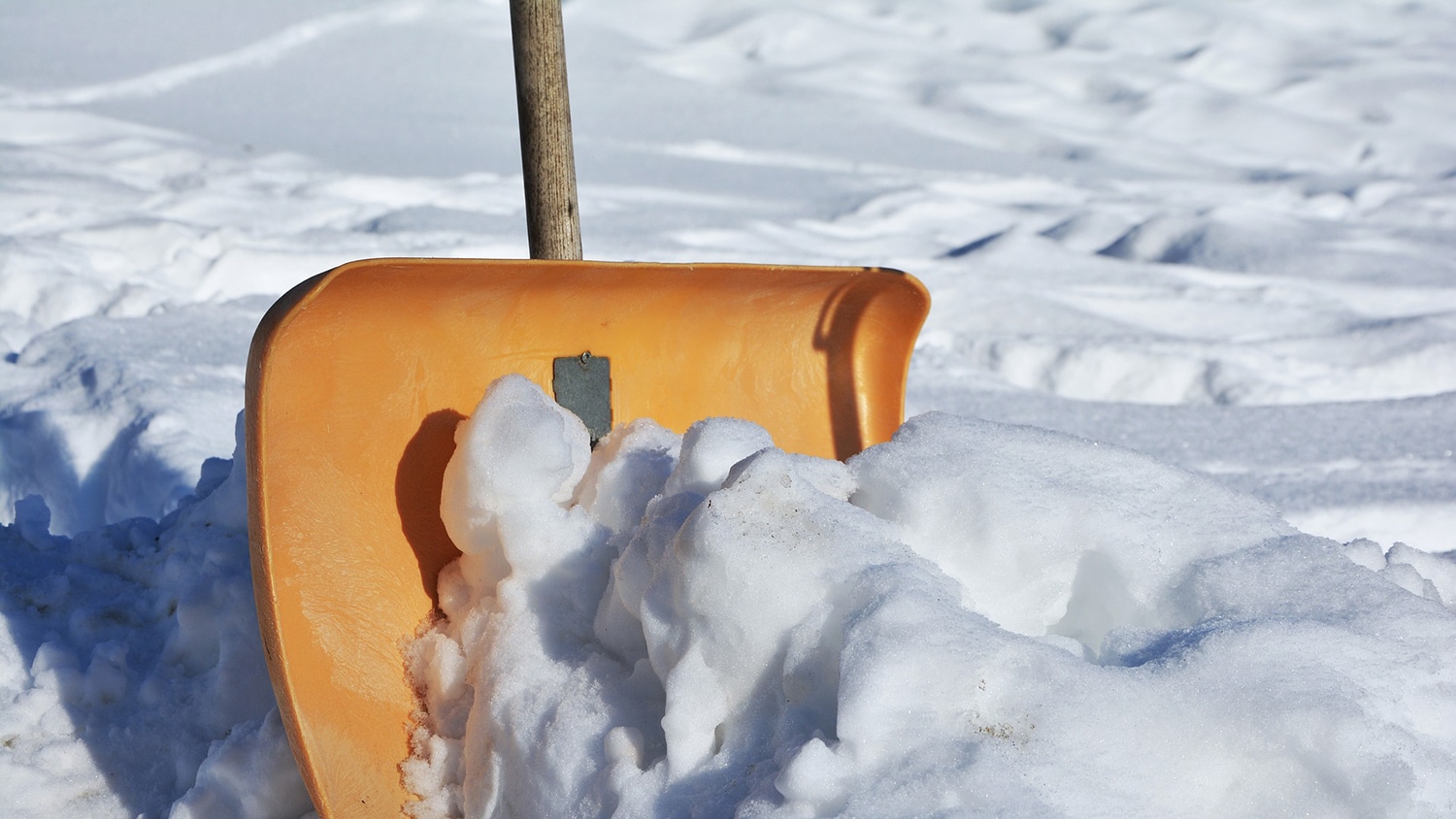