Whether it’s in the classroom, at the lab bench or on the mic, Gino Fernandes II believes in equal opportunity.

“All people can be great,” he said. “You just have to give them the resources.”

Fernandes has proven this during his time at NC State. In December, the microbiology major and winner of the College of Sciences 2020 Student Excellence Award is becoming the first in his family to graduate from college. Along the way, he has built an outstanding record of scholarship, research and service — all while establishing himself as a recording artist and co-founding his own record label.

Fernandes grew up in a family where everyone made music. “It’s always been a really big part of my life,” he said.

He started finding his own musical voice in high school, after he had to write a song for a class assignment. His performance was a hit. “People really liked it and wanted me to do more,” he said.

But as he neared the end of high school, Fernandes didn’t know what his future would look like.

What drew me into microbiology is a fascination with how it impacts our lives so much, though it’s invisible to the naked eye.

As the first in his family to attend a four-year college, navigating college admissions initially felt like “a blind process,” he said. He didn’t even know he had to submit applications until he talked to a high school counselor who encouraged him to attend a local college fair.

There, he was immediately drawn to NC State and its Exploratory Studies program, which allowed him to learn about all the university’s different colleges and helped him find a major that was the best fit. By his sophomore year, he had chosen microbiology.

Fernandes had always liked the movie Contagion, but didn’t realize until he came to NC State that he could translate that interest in the unseen particles behind disease into a major, and eventually a career.

“What drew me into microbiology is a fascination with how it impacts our lives so much, though it’s invisible to the naked eye,” he said. “And that impact is greater now than ever.”

Fernandes has enjoyed the opportunities a laboratory setting gives him to engage his curiosity while he works both independently and as part of a team to solve problems.

And he’s also found that his interest in music fits in better with science than you might think. He’s continued turning science concepts into lyrics, collaborating on a creative “12 Days of Microbiology” video featuring agar art (created by culturing microorganisms in certain patterns), and winning STEMedia’s 2019 Technimetric Poetry Slam.

“You need a level of creativity for both music and science. As a scientist, I need to brainstorm and think of new ways to approach things, and making music helps me keep those skills sharp,” he said.

Despite his lifelong love for music, when Fernandes got to NC State, he initially put performing on the back burner. “I really wanted to work on my academics and get adjusted first,” he said.

Around winter break of his freshman year, he met two other students in his dorm who liked making music, and they wrote their first song together that night. Soon, he was recording and performing as hip-hop artist King Gino.

But after a few months of meeting other artists at NC State, he realized something was missing.

“There’s so much musical talent at NC State, but it’s really disjointed because people don’t usually come here specifically to make music,” Fernandes said. “I saw that as an opportunity to start a record label that would pool together this talent to raise up everyone.”

Two years later, Fernandes’ brainchild, Callisto Records, has seven artists, all NC State students in STEM majors. Even though the COVID-19 pandemic has made in-person concerts impossible, the label has kept growing, recording music, sharing videos and selling merchandise to fans all over the world.

Getting a record label off the ground while managing his classes, internships, research and extracurriculars — along with his own music — has meant juggling a lot of competing priorities and sacrificing a lot of sleep.

I think what’s made me successful in the music business is approaching it scientifically.

“I think what’s made me successful in the music business is approaching it scientifically,” he said. “You have to have a hypothesis, do research and then communicate your findings effectively.”

“It’s taught me so much about leadership,” he said. “And getting paid to do music has driven me to want to get better at it.”

Because Fernandes grew up receiving federal assistance and has been on his own financially since he was 15, one of his big passions is speaking up about food, housing and educational insecurity issues affecting students. A 2018 study found that one in seven students on NC State’s campus had experienced food insecurity in the past 30 days and nearly one in 10 students had experienced homelessness during the past 12 months. By working with and bringing attention to NC State programs such as Pack Essentials and TRIO, he wants to help those students meet their basic needs so they can focus on their big dreams.

“I’m proof that you can come from whatever conditions you come from and still thrive as a scientist,” Fernandes said.

Fernandes is helping others dream big by working as a research assistant with Cultivating Research Experiences With Community-Engaged Roots (CRECER), a program created by biological sciences faculty to engage LatinX high school students in rural areas of North Carolina with science.

“Gino was integral in designing the activities planned for our summer program, and as the world has shifted to virtual and socially distanced activities, he has been every bit as integral in helping us rethink the program and see the potential of a redesigned online experience for these students,” said Claire Gordy, assistant teaching professor in biological sciences and one of the program’s creators.

He also spent a summer interning at Biogen, working with high school students in the biotechnology company’s community lab summer program. “Many of the minority students were surprised to see me there as a scientist, and it was cool to break that idea of what a scientist looks like,” he said.

I’m proof that you can come from whatever conditions you come from and still thrive as a scientist.

Fernandes still mentors some of the students he met through the program, a responsibility he takes seriously. “It’s really cool to see them grow and develop and see the impact I can have on them,” he said. “I know I didn’t do anything on my own, so I want to pay it forward.”

After he graduates, he’ll be joining the Environmental Protection Agency as an entry-level microbiologist. Eventually, he wants to start his own community lab.

“I didn’t even know my major existed and hadn’t picked up a pipette until I got to college,” he said. “When I first got into a lab everything seemed so foreign. Anything I can do to bridge that gap for others, I want to do.”

Fernandes shared his story in this NC State Academic and Student Affairs podcast. 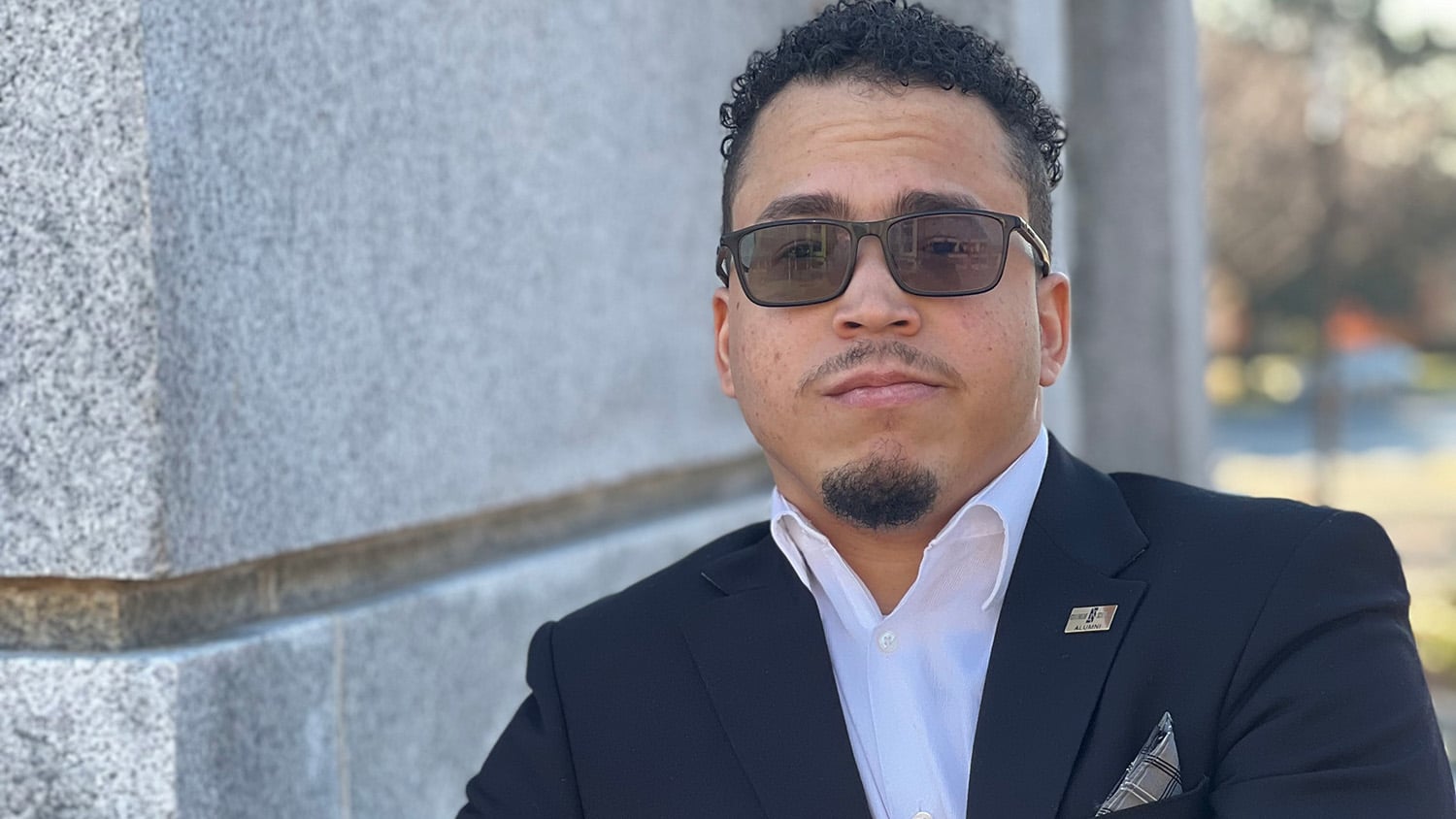