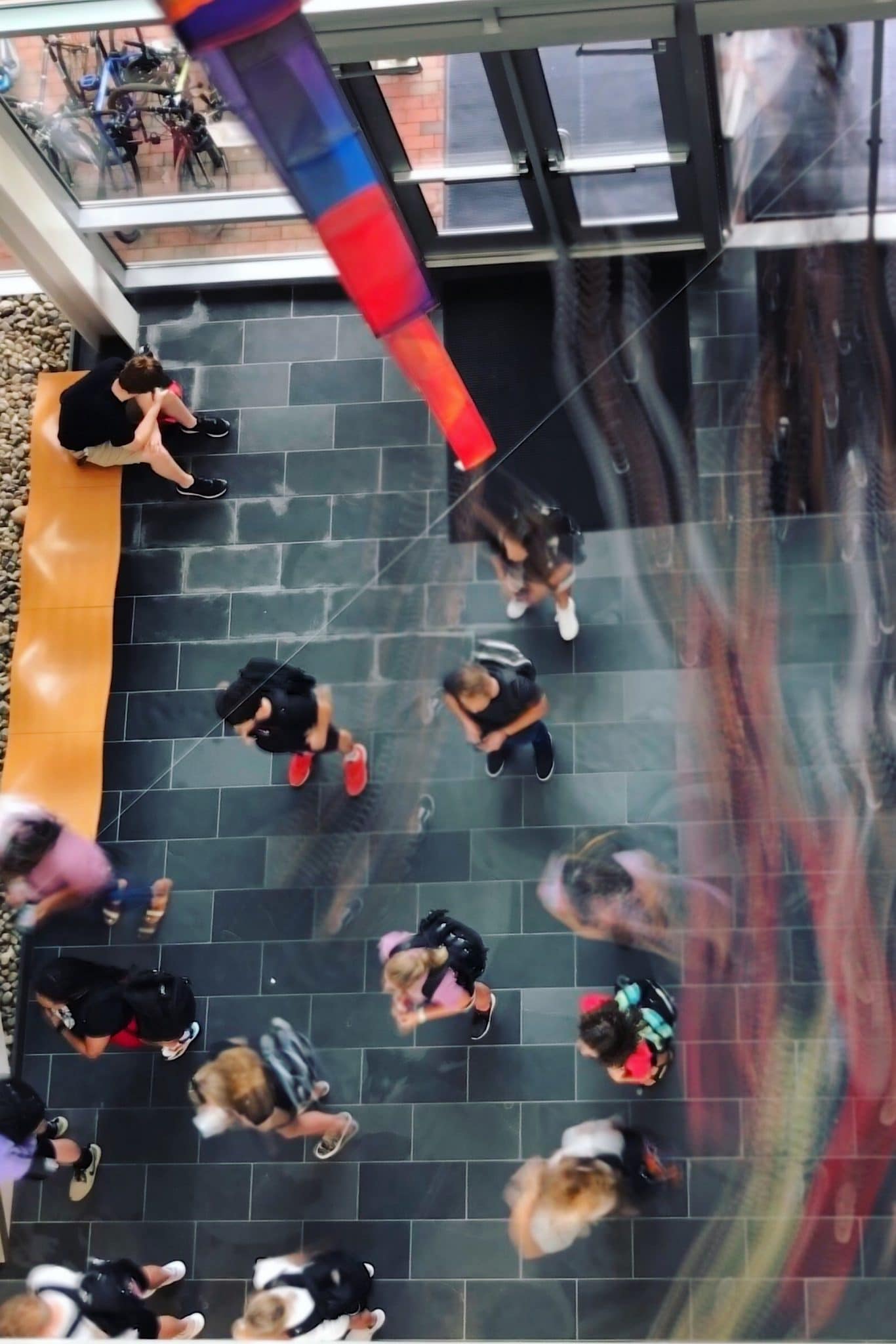 The Newest Members of the Sciences Pack


Meet some of the more than 750 new students joining our College of Sciences family this year.

One is an aspiring doctor and the first in her family to attend college. Another is a world traveler who wants a career in the great outdoors. A third finds beauty in math and can’t wait for the classes and research.

These are just three of the more than 750 new freshman and transfer students who have joined the College of Sciences this fall. They’re among the more than 6,000 new faces from all over the world who are bringing their unique experiences and passions to the Wolfpack family.

Meet three extraordinary students who are joining the College of Sciences this year.

“I’m the first in my family to graduate from anything, really,” said Estefani Cota. “But I knew that going to college was always something I wanted to do.”

Cota has already achieved that goal, graduating from community college and enrolling as a transfer student at NC State. But she’s not stopping there.

“I want to be an OB-GYN and serve my community,” said Cota, a biological sciences major concentrating in human biology.

Cota has always been passionate about taking care of people. During her time at Wayne Community College in Goldsboro, N.C., some of her professors encouraged her to channel that interest into pursuing a career as a physician.

“One of my professors took us to visit the Brody School of Medicine at East Carolina University (ECU) and encouraged me to see myself as a doctor,” Cota said. “I had never really considered that it was something I could do until that point.”

Since then, she’s participated in two summer programs focused on preparing students for medical professions. “Those gave me valuable experience in research and the opportunity to shadow doctors to get a better idea of what they do,” Cota said.

Now, she’s excited to continue her preparation at NC State — and to be part of the Goodnight Scholars program’s third class of transfer students. “Getting selected for the scholarship solidified that everything I’ve been doing was for a reason,” she said. “And it means that I can have the freedom to take the classes I need and also enjoy all the opportunities the program provides.”

After she becomes a doctor, she hopes to return home to practice medicine and to help open doors for others like herself. “I hope I can help Hispanic communities in rural areas to get the health care they deserve,” she said. “And I also want to help younger students get more exposure to medical and other STEM-related careers so they can understand the opportunities available to them.”

This Year’s Sciences Class, by the Numbers

56% in Top Tenth of Their High School Class

In his 12 years as a Cub Scout and Boy Scout, Russell Murray spent a lot of time outdoors. “Since I was in first grade, my dad and I have been going on camping trips, either with the Scouts or on our own,” he said.

Now, the Eagle Scout and College of Sciences scholarship student is bringing together academics and his love for nature through his dream major — geology.

“Geology really combines my love for science and the outdoors,” he said. “In science, there’s always the chance to learn something new. Answering one question can potentially lead to three more.”

“Studying geology will give me the chance to learn more about how the natural world around us works and how we can use that knowledge to solve everyday problems,” Murray said.

He hopes to follow in the footsteps of his aunt, a geologist whose work has taken her to places all over the country, like Alaska and New Mexico, to study environmental issues.

Murray knew that NC State was the place to bring his interests together. “I was really attracted to the diversity of options here,” he said. “I knew I could easily find things I’m passionate about and enjoy doing.”

This is true both in and out of the classroom. On Murray’s NC State bucket list: attending basketball games, studying abroad and running in the university’s legendary Krispy Kreme Challenge.

He may love the outdoors, but eating a dozen doughnuts in the middle of a five-mile run for charity isn’t the way he usually experiences it. “I’m a little nervous about that one,” Murray said.

This year, eight extraordinary scientists are joining the college.

Sera Cole had always assumed she would stay in her home state of South Carolina for college. But when she started looking for out-of-state colleges with strong math and undergraduate research programs, she found NC State. A visit to campus sealed the deal.

“There’s just an energy here. Everyone is really excited, and I love that,” said the mathematics major and Solomon Scholar.

Cole is already finding her place in the community. She attended the three-day Symposium for Multicultural Scholars just after moving in.

“We discussed our personal experiences and learned what others may experience,” she said. “It was a great way to meet people before classes started.”

Now that she’s made some connections on campus, Cole is looking forward to diving into research opportunities and classes in her math major. Her love for the discipline came from an eighth grade teacher who inspired her to see math in new ways and understand its connections to the world around her.

There’s just an energy here. Everyone is really excited, and I love that.

“The way math was taught to me was by way of art, and being creative is something that I’ve always loved,” she said.

Currently, Cole is interested in encryption and cybersecurity. She is hoping to minor in computer science and get involved with the work NC State’s Laboratory for Analytic Sciences does with the National Security Administration. But she also wants to explore math’s other practical and creative applications.

Explore Our Clubs and Organizations

Whether you’re new to campus or a returning student, one of our many student clubs and organizations can help you build a network of peers who share your interests. 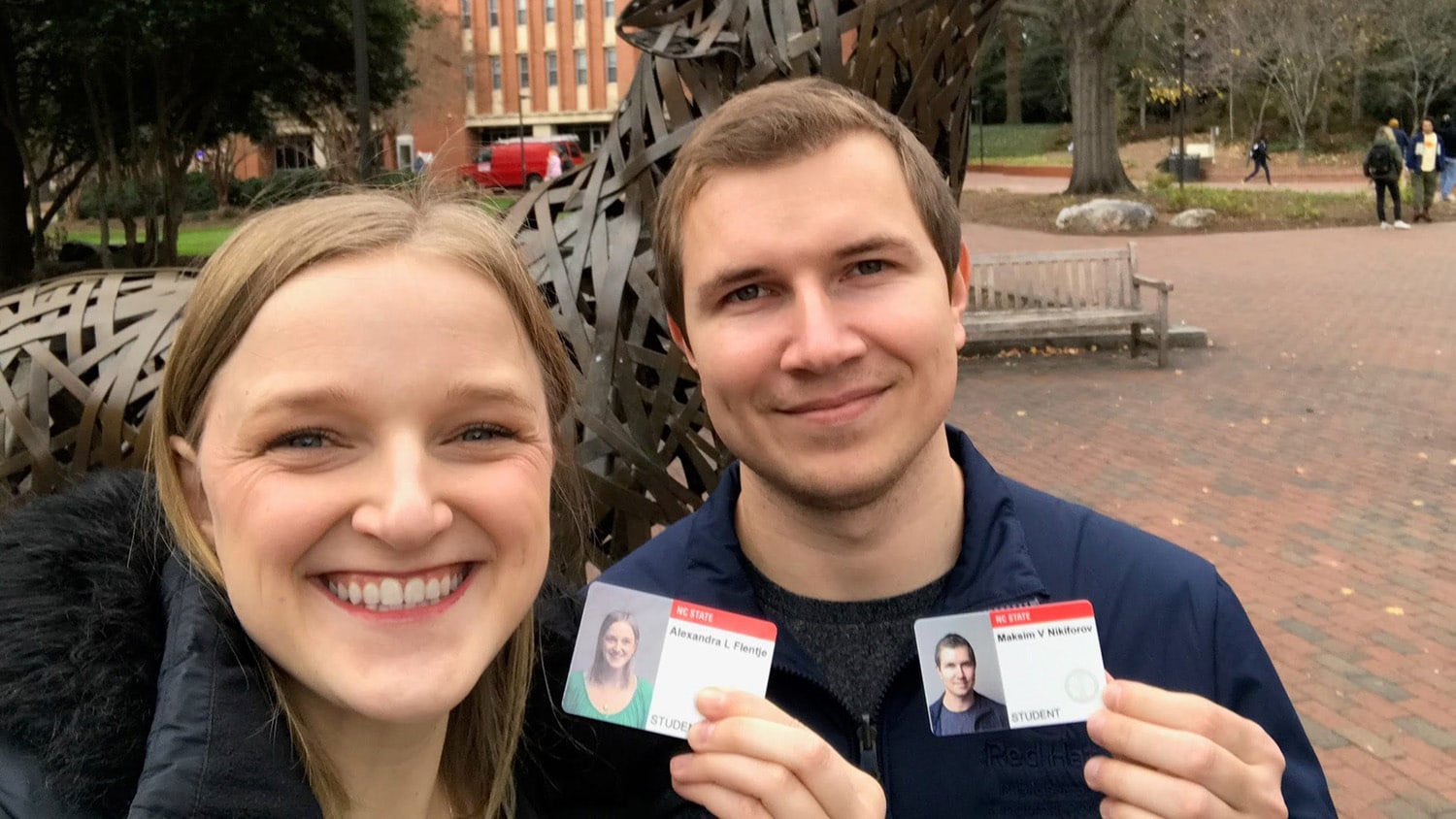