When it comes to CRISPR, our society has some important decisions to make.

Recently scientists reported a new first in the journal Nature: They edited heritable cells in human embryos to treat an inherited form of heart disease. The day after the research was published, a group of genetics experts published a statement calling for further debate before applications of the technology are taken any further in humans.

According to a new survey of 1,600 adults published in the journal Science, much of the American public shares this desire for engagement in decision-making. Led by Dietram Scheufele, a professor of science communication at the University of Wisconsin-Madison, the study found that while support for gene editing applications varies, a majority of respondents think the public should be consulted before genome editing is used in humans.

“The potential to cure genetic disease and to ensure the safety of the world’s food supply in the face of climate change are perhaps the most exciting opportunities,” said Jennifer Doudna, a chemist at UC Berkeley who was an early pioneer of the powerful gene-editing technique CRISPR-Cas9 and was not involved in the new study.

But it also raises some serious ethical questions, especially when we turn our attention to tweaking the human genome, Scheufele said. Many people find some applications—like disease treatment—valuable, and others—like making your children more intelligent—morally shaky.

For example, scientists may eventually develop a cure for what some people don’t consider an illness—like a disability, Scheufele said. Would those who chose not to undergo genetic therapy or who couldn’t afford it then be discriminated against even more as a result?

These and other ethical concerns go beyond the bounds of science, Scheufele says, and his poll results show that the public wants to be involved in the debate.

Because of the fast-moving progress of gene editing research and the vast potential for both beneficial applications and negative consequences, many experts have called for public engagement on the issue—including in a consensus report released this year by the National Academy of Sciences (NAS) and the National Academy of Medicine (NAM).

Many people find some applications — like disease treatment — valuable, and others — like making your children more intelligent — morally shaky.

The new study strove to answer some questions emerging from the National Academies report. First, how do people feel about different applications of gene editing? And secondly, do Americans agree that the public should be consulted on gene editing applications? Similar questions had been asked in previous polls, but the authors wanted to get some more specific data.

Human genome editing can be used for two broad purposes: therapy or enhancement. Therapeutic applications include the treatment of genetic disorders like muscular dystrophy or sickle cell disease, while enhancement might be used to change your daughter’s eye color or make her grow taller.

Each of these changes can be heritable or not, depending on which type of cell is tweaked. Somatic cells are non-reproductive, so any changes to these cells will not be passed on to future generations. Germline cells, on the other hand, are heritable—therefore, any modifications will be inherited by the treated person’s children and grandchildren.

The new poll shows that two-thirds of Americans support therapeutic applications, whether to somatic (64 percent support) or germline (65 percent support) cells. When it comes to enhancement, however, there is much less approval. Only 39 percent of respondents find somatic enhancement acceptable, with 35 percent saying it is unacceptable. Levels of support dropped even lower for heritable germline enhancement, to 26 percent in acceptance and 51percent in opposition.

The authors also ranked respondents in terms of low, medium and high knowledge by their score on a nine-question factual quiz. Those in the high-knowledge category were far more supportive of treatment applications, with 76 percent in support compared with only 32 percent of low-knowledge respondents.

When asked about enhancement applications, the high-knowledge group was very polarized, with 41 percent in support and a nearly equal amount in opposition. In contrast, half of low-knowledge people reported that they neither support nor oppose gene editing.

Robert Blendon, who studies health policy at the Harvard School of Public Health, said that the polarization could be there for a reason. Those who know more about the technology have probably learned about it because they have a vested interest—maybe a genetic disease runs in their family or they are concerned with ethical consequences.

While the two groups may have very different reasons, both highly religious and highly knowledgeable people agreed that the public should be involved in decision-making before gene editing is used in humans.

Blendon said that while it’s clear the public wants a say in how gene editing is used, it’s unclear exactly what public engagement looks like. The first way most people might think of being consulted is through their elected officials, but other surveys suggest that the public actually doesn’t think the government should be making decisions about genome technology.

Scheufele said that there is currently no infrastructure in place for crucial two-way communication between scientists and the public on the genome editing issue—but it’s important to develop it.

Diverse groups and perspectives have an important role to play in shaping the early stages of human genome editing research, Scheufele said. Scientists may not think to investigate all the questions that the public may deem vital.

Postscript: Mira Abed is a third year Ph.D. student in fiber and polymer science at NC State. She is also working on a graduate certificate in public policy. She interned with the LA Times in summer 2017 as an American Association for the Advancement of Science Mass Media Fellow. 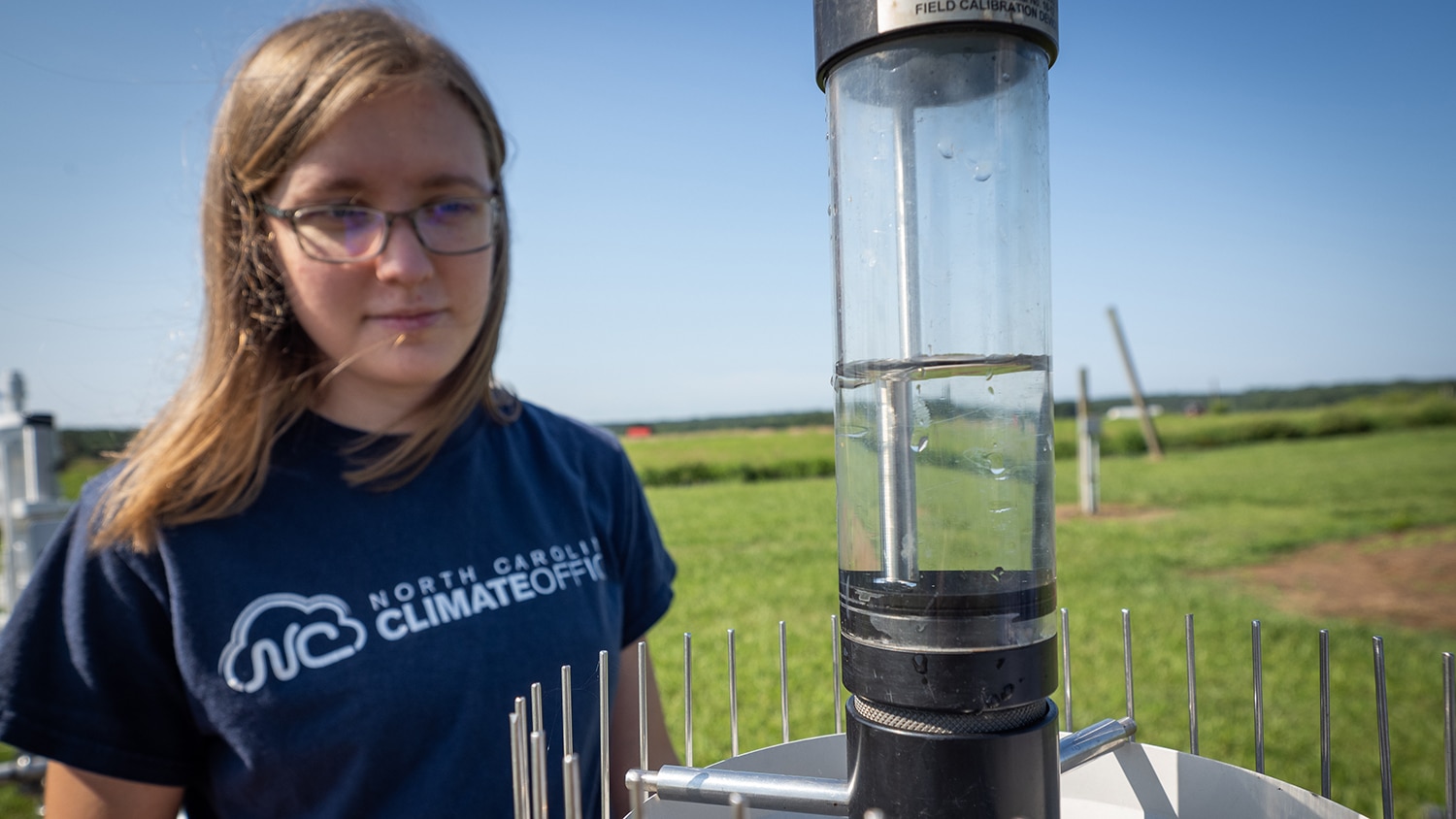 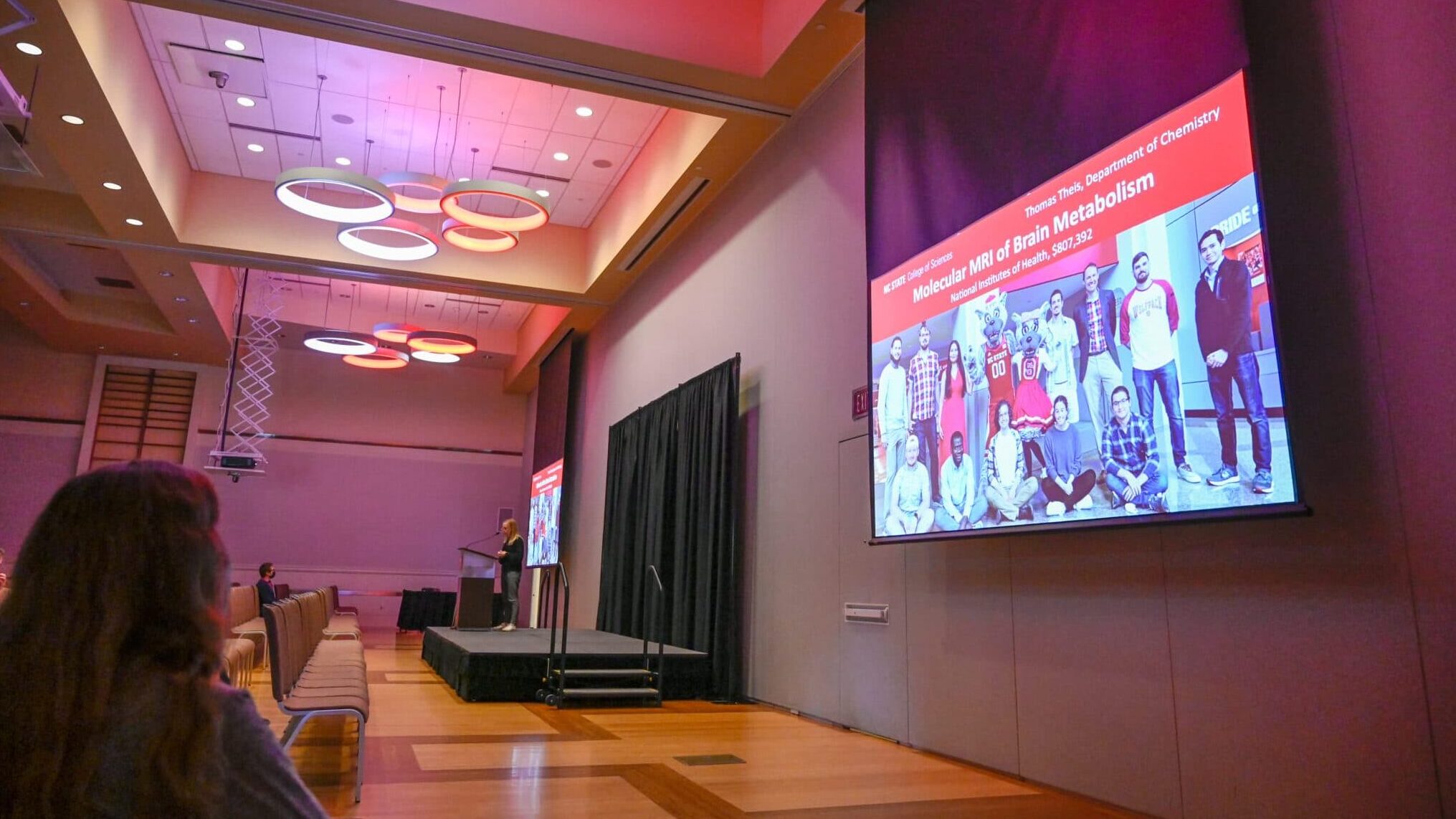